CPSL Mind was thrilled to be chosen as Cambridge City’s charity for the season, raising an impressive £1,327 from a bucket collection and charity auction. 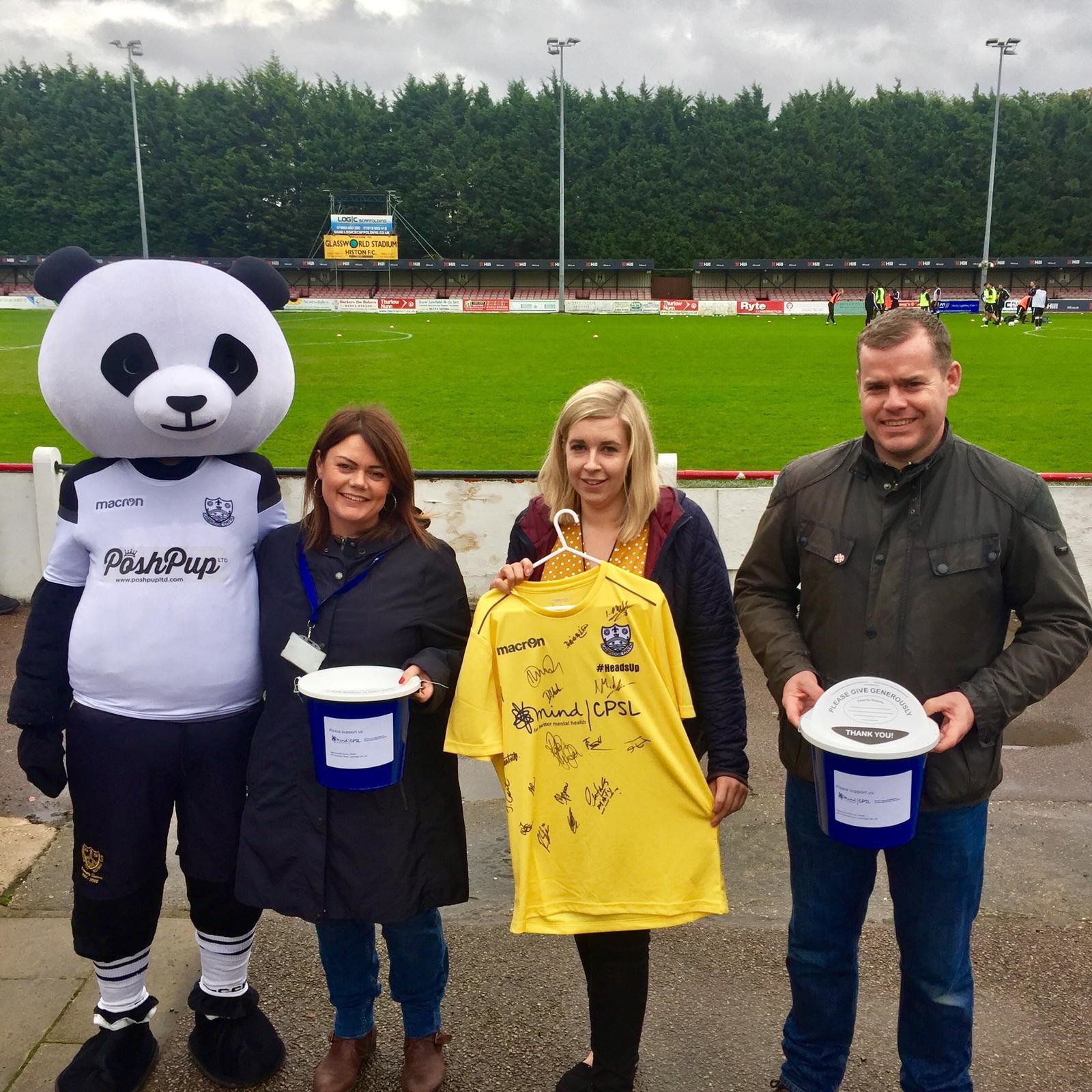 CPSL Mind was thrilled to be chosen as Cambridge City’s charity for the season, raising an impressive £1,327 from a bucket collection and charity auction.

To coincide with World Mental Health Day which took place on 10th October, the team wore CPSL Mind branded yellow shirts for their FA Trophy game against Market Drayton on Sunday. Supporters generously gave through a bucket collection and after the match (City won 2-1), the team auctioned off the signed yellow shirts, raising a staggering £1,215 from the auction alone.

Suporters Trust Chairman Steve Plumb said. “We are proud to be supporting CPSL Mind this season.  Just like our football team we all go through good times and bad and therefore we hope to change the conversation and tackle the stigma around mental health. We were very much inspired by the Heads Together, Heads Up campaign with The FA which highlights that it’s time we were all just as comfortable talking about mental health with our friends as we are talking about football. We were delighted the auction raised so much money and we very much hope this will help local people in their recovery from mental health challenges.”

Zoe Doherty, fundraiser for CPSL Mind said, “We are enormously grateful to Cambridge City Football Club for their support. Not only have they raised a fantastic amount of money, but they have also been working hard to raise awareness of mental health and encouraging more people to talk. We were delighted to see that the players had recorded messages about the importance of looking after your mental health and what to do if you or someone you know is struggling. A huge thank you to the players, the Supporters Trust and to all the fans who gave so generously.” 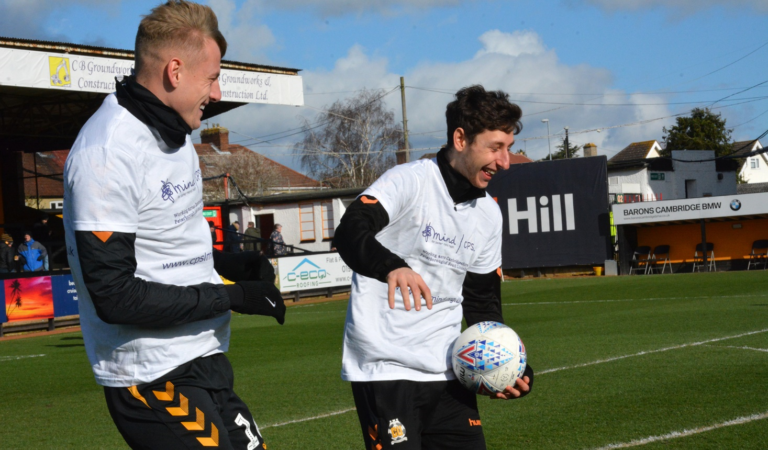 We were delighted to team up with Cambridge United Football Club on Saturday 29th February, as part of the national Mind and English Football League (EFL) #OnYourSide partnership, to raise £674.76 towards promoting positive mental health in our local community. 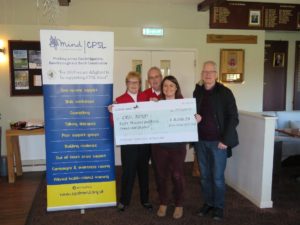 CPSL Mind were overwhelmed this weekend to receive an enormous cheque for £8,040.20 raised by the wonderful members of Elton Furze Golf Club. 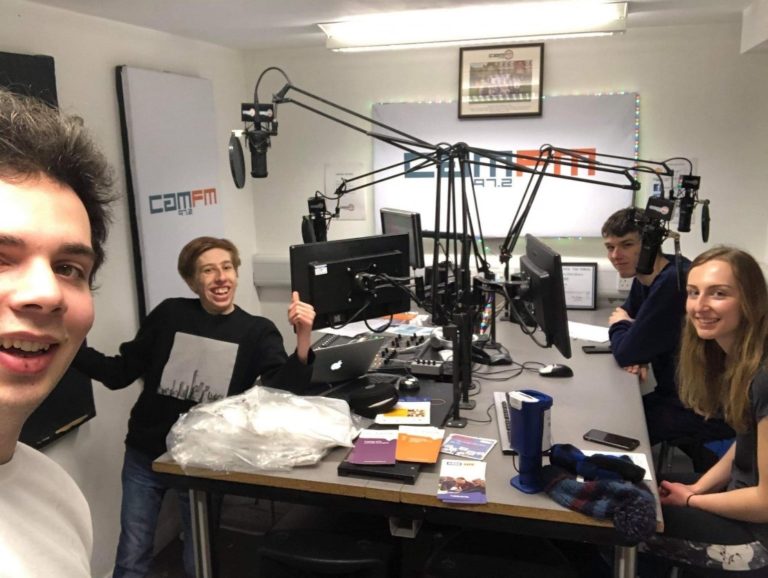 For the second year running, Cam FM, the community radio station for students, staff and alumni of both Cambridge and Anglia Ruskin Universities, presented Speak Your Mind, a 24 hour radio broadcast to raise money for our work at CPSL Mind.