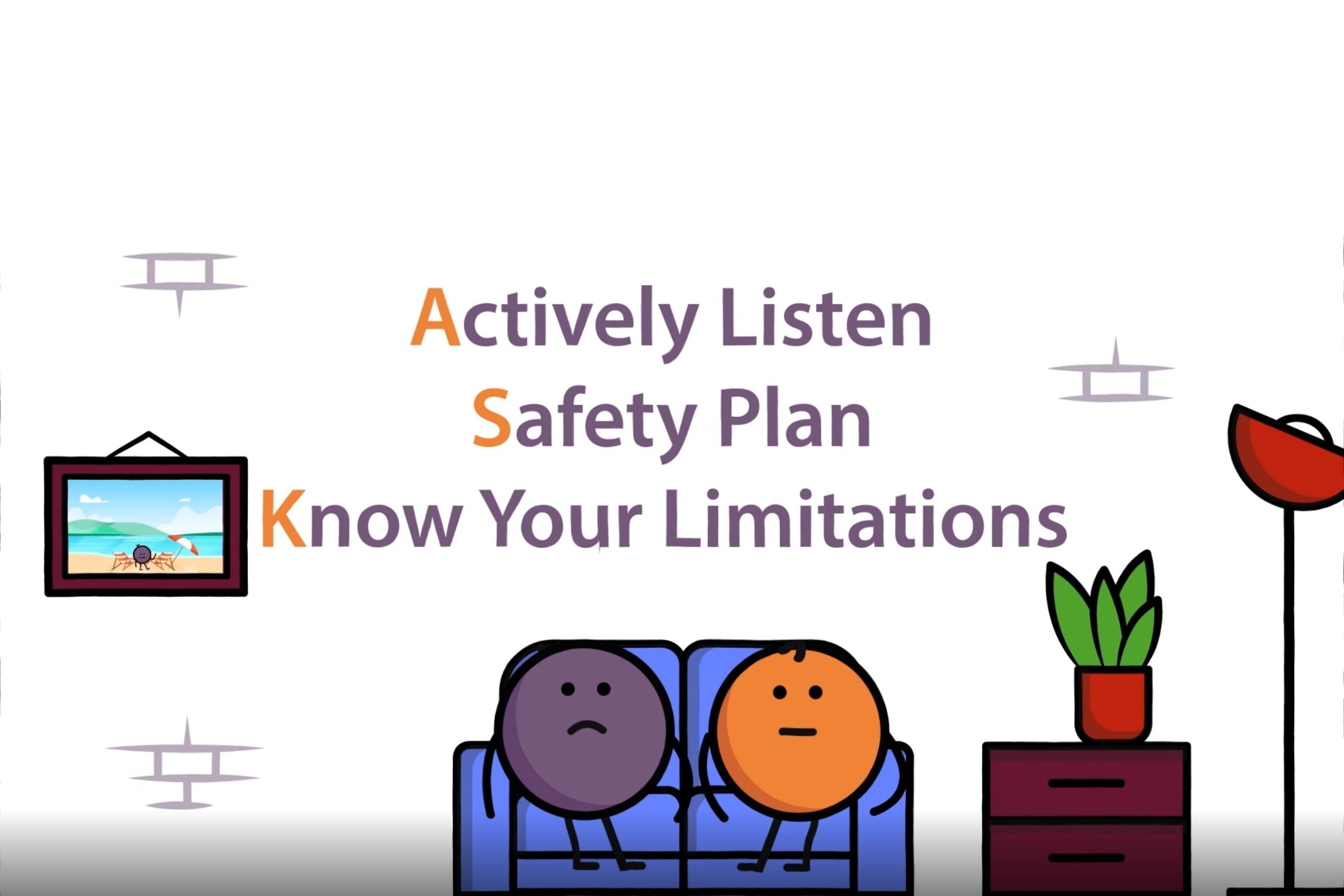 It was the demeanour of her colleague that made Cindy reach out to him. After suffering from depression as a teenager, she could all too easily recognise the signs. She knew she had to talk to him – and she did.

“I had suicidal thoughts when I was about 15. So I guess I am sensitive to those feelings in others. He was in his 20s, in tears, told me there was nothing to hold him here“, said the 26-year-old from Peterborough.

“It was the first time I had talked to someone face to face like that. I was nervous. I knew anything I might say could have a big effect on him. But I just thought about me when I was younger and how happy I would have been to have someone have a conversation with me like this when I was at my lowest”, said Cindy Da Costa.

She also knew how to approach a conversation about suicide in a direct way because, for the past three years, she has been volunteering as a Campaign Maker with our STOP Suicide campaign after hearing a talk at university.

Today (10th September 2021) to coincide with World Suicide Prevention Day, we are launching our latest STOP Suicide tool to engage a generation keen on screen-based stories. Created alongside those with lived experience of suicidal thoughts and supported by Cambridge-based video game company Jagex, it’s an innovative animated film that gives broad guidance on how anyone can reach out – like Cindy – and help others in crisis. The animation is available to view now at www.stopsuicidepledge.org

“Suicide prevention really is everybody’s business,” says Aly Anderson, Chief Executive of CPSL Mind. “We can all learn how to spot the signs that someone might be having suicidal thoughts, to have open conversations and to help an individual at risk to stay safe.

This animation is designed to empower people to ask directly about suicide if they are worried about someone. It guides them through an intervention, in simple steps, using the acronym ASK –
Actively listen
Safety plan
Know your limitations.”

But, Aly says, “supporting someone who is suicidal does not make you responsible for them long term. And looking after yourself afterwards is vital. We hope this animation will help take away some of the fear and concern that people have around talking openly about suicide and supporting those at risk.”

Cindy is certain the animation will help. When she first heard about the work of our STOP Suicide campaign at university, she was amazed such things existed. Her family had moved to England from Poland when she was 13 and she found a new country, a new language and new school mates overwhelming. She slid into depression. She found it difficult to talk to her family and did not know there was a wealth of help available.

Since getting involved as a Campaign Maker she has reached out to friends and posted on social media about her involvement and signposted others to help.

“I want people to know there is hope. And that there are organisations out there to help. If you don’t want to talk face-to-face with someone you can email or text instead. If I had not talked to my colleague that day, I would not have been able to sleep that night. I just had to talk to him. If it was even a tiny bit helpful that was enough for me.

“He did thank me a week later – and he did look so much better!” said Cindy.