Experiences like Jen’s (below) are the inspiration for our STOP Suicide ‘ASKing Saves Lives’ campaign which launches on Thursday 24th February 2022. 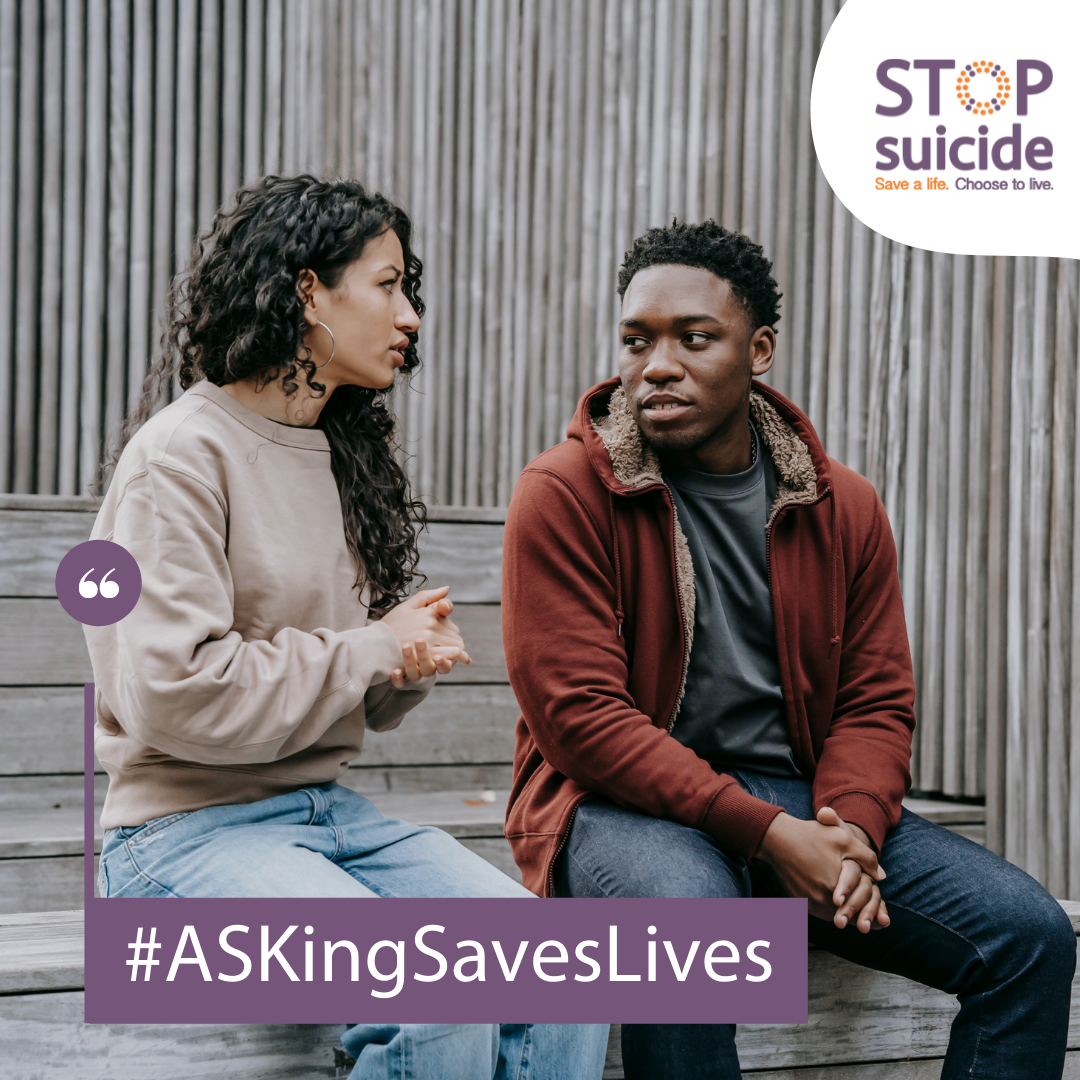 “I just couldn’t go on anymore or see a way forward and I wanted to end my life”, says Jen, a mother of four from Peterborough. She continues, “I just got into this place in my head where I couldn’t see a way out. Everything hurt, all these different situations were painful and I felt like I was letting everyone down.”

Jen’s circumstances are more common than you might think, as at least one in five of us in the UK will experience suicidal thoughts in our lifetime. As Jen says, “we all go through stressful situations and we never think we’re going to be the one in that position.”

For Jen, it was the accumulation of several life changes which were the catalyst for the way she felt – including separation from her husband, isolation during the pandemic and serious cases of Covid-19 in herself and friends.

Thankfully, during a moment of mental health crisis, one of Jen’s friends recognised something was wrong and called to keep her safe. Jen says, “It really helped me knowing I wasn’t alone and she wasn’t going to run away because I said I didn’t want to live anymore. She recognised that was how I was feeling at the time and wanted to support me.”

Experiences like Jen’s are the inspiration for our STOP Suicide ‘ASKing Saves Lives’ campaign which launched this week. The campaign emphasises the importance of being aware of the warning signs of suicide in others and asking directly about suicide if you’re concerned about someone.

A series of open, free-to-attend online STOP Suicide training workshops will be hosted throughout the year, providing an opportunity for members of the local community to equip themselves with the knowledge to save lives. The first of these takes place to coincide with the launch of the campaign on 24th February 2022. The campaign also features the ‘Just ASK’ short animated film which walks the viewer through the steps to support someone.

Rob Earl, Campaigns and Communications Manager at CPSL Mind, says, “Suicide prevention really is everybody’s business. Anyone can experience suicidal thoughts and it’s vital that we, as a community, are able to recognise the warning signs and have direct conversations about suicide to keep people safe.”

He adds, “That’s why we’re hosting these free online STOP Suicide Workshops and raising awareness of the resources we have available for people as part of the campaign. Asking directly about suicide can truly begin a conversation which saves a person’s life. We want to make sure that individuals and organisations in our community are confident in doing so.”

For Jen, it was her friend being aware and reaching out which kept her safe and helped her access further support. She says, “It just needs someone to be brave enough to say the word suicide to then feel comfortable and have an open conversation about it. I’m pleased someone was there to be direct with me to let me know it was okay to feel that way and we could face it together.”

Considering the impact of the STOP Suicide ASKing Saves Lives campaign, Jen says, “You never know when you might come across someone feeling the way I did. The more people who have awareness training and feel confident to reach out to people the better.”

Find out more about the STOP Suicide campaign and available helplines at www.stopsuicidepledge.org